When Tollund Man was discovered in 1950, the Danish scientists had never before been faced with the task of preserving a bog body. In the 19th century German scientists had made an attempt. They had attempted to preserve it by smoking it the same way as you smoke meat because they knew that smoke prevents organic things from decomposing. The result was successful but the smoking also caused the bog body to dry out and shrink.

In order to preserve a bog body scientists had to find some kind of substance to replace the bog water which was currently filling out the hollow spaces in the cells. If the bog water drained without being replaced by something else, the same thing would happen as what happens to flowers if you take them out of a vase and let them dry out – they lose their colour and shrink. The National Museum had also agreed in attempting to preserve his head, and this would be done by replacing the bog water in the cells with wax. But since they knew that the melted wax wasn’t going to mix with bog water, they had to take a detour: first they put the head in alcohol which replaced the bog water, then they put it in toluol, which is a liquid of dissolution, and finally they replaced the toluol with liquid paraffin. Now the cells contained liquid which could be mixed with wax. They chose bees’ wax which melts and is of low viscosity at 83 degrees Celsius and at the same time is non-perishable. This is illustrated by the fact that archeologists have discovered a candle made of bees’ wax from the Viking age which had been preserved for more than 1,000 years in the ground. Thus, the melted bees’ wax insinuated itself in to the cells and replaced the paraffin. After six months of preservation, just before Christmas of 1951, the scientists were able to remove Tollund Man’s head from the casserole in which it had been stored. It was cooled off and the wax left on the outside of the skin was washed off. It was clear that the attempt had been successful in preserving the head perfectly: all the features of the face had been preserved whereas the head in general had shrunk approximately 12%.

In addition to the head were the feet and a thumb preserved. The rest of the body dried out.

Unfortunately the body was not preserved but dried out, leaving hardly more than the bones. However, it does mean that the unpreserved bones and soft parts will give the scientists the opportunity to make new examinations of Tollund Man in the future.

Later on Silkeborg Museum decided to recreate the body, so it now appears as it did when it was first discovered. It gives a much better sense of what he actually looked like when he was found and provides the opportunity to focus on his marvelous head rather than speculate about what happened to the rest of him. 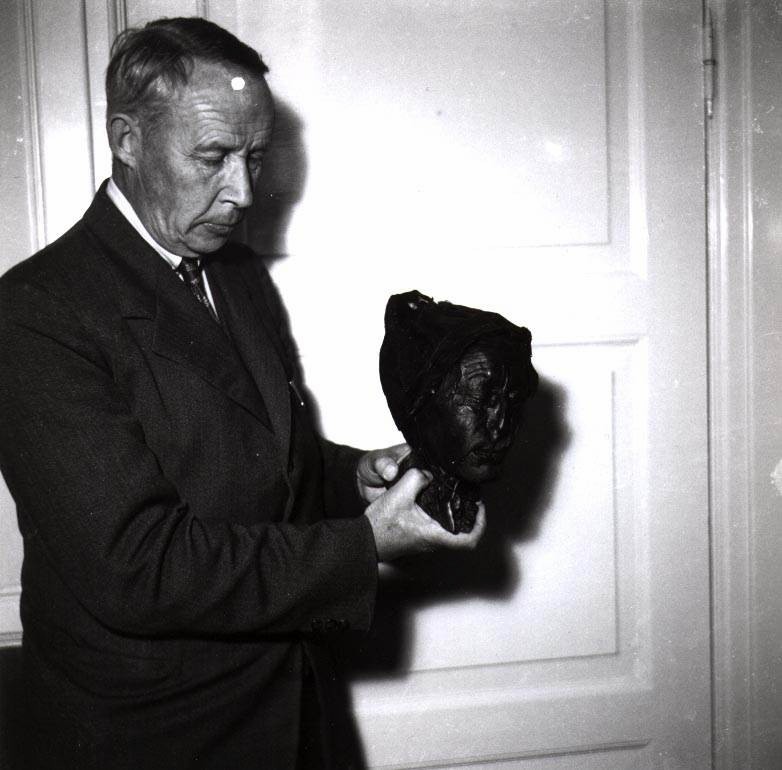